The 7th Annual Auggie Awards showcased the best-of-the-best in the Augmented World. This year featured 9 Auggie Award categories and 3 best-in-show categories. The Auggie Award category finalists were selected via popular vote with the winners determined by our judging panel and announced at the Auggie Award Ceremony on June 1, 2016. The Best-in-Show category winners were selected based on popular vote during the show with the winners announced on stage during the Closing Remarks on June 2, 2016. All winners are recognized as leaders in the augmented world and take home a one-of-a-kind Auggie trophy. Congratulations to this years winners and to everyone nominated.

New to our list of awards and honors is the Virtual World Society’s NEXTANT award presented by Tom Furness which represents the spirit of the society “to link hearts and minds to create a better world.”

6. Best Tool: Software Developer Kits, platforms and other creation tools that enable the creation of solutions and experiences in AR, VR and wearable technology

7. Best Game or Toy sponsored by PTC Vuforia: Connected toy or gaming solutions that enable digital interaction with the physical world or physical interaction in the virtual world

8. Best Art or Film sponsored by the CFC: Art Installations or films including design concepts and documentary films that explore the augmented or virtual world

9. Best in Show – Augmented Reality sponsored by Epson: Any presenting AR company at AWE 2016 (exhibitor, speaker) is eligible to be nominated and the winner will be selected through popular vote at the show

10. Best in Show – Virtual Reality: Any presenting VR company at AWE 2016 (exhibitor, speaker) is eligible to be nominated and the winner will be selected through popular vote at the show

11. Best in Show – Wearable Technology sponsored by DAQRI: Any presenting wearable tech company at AWE 2016 (exhibitor, speaker) is eligible to be nominated and the winner will be selected through popular vote at the show 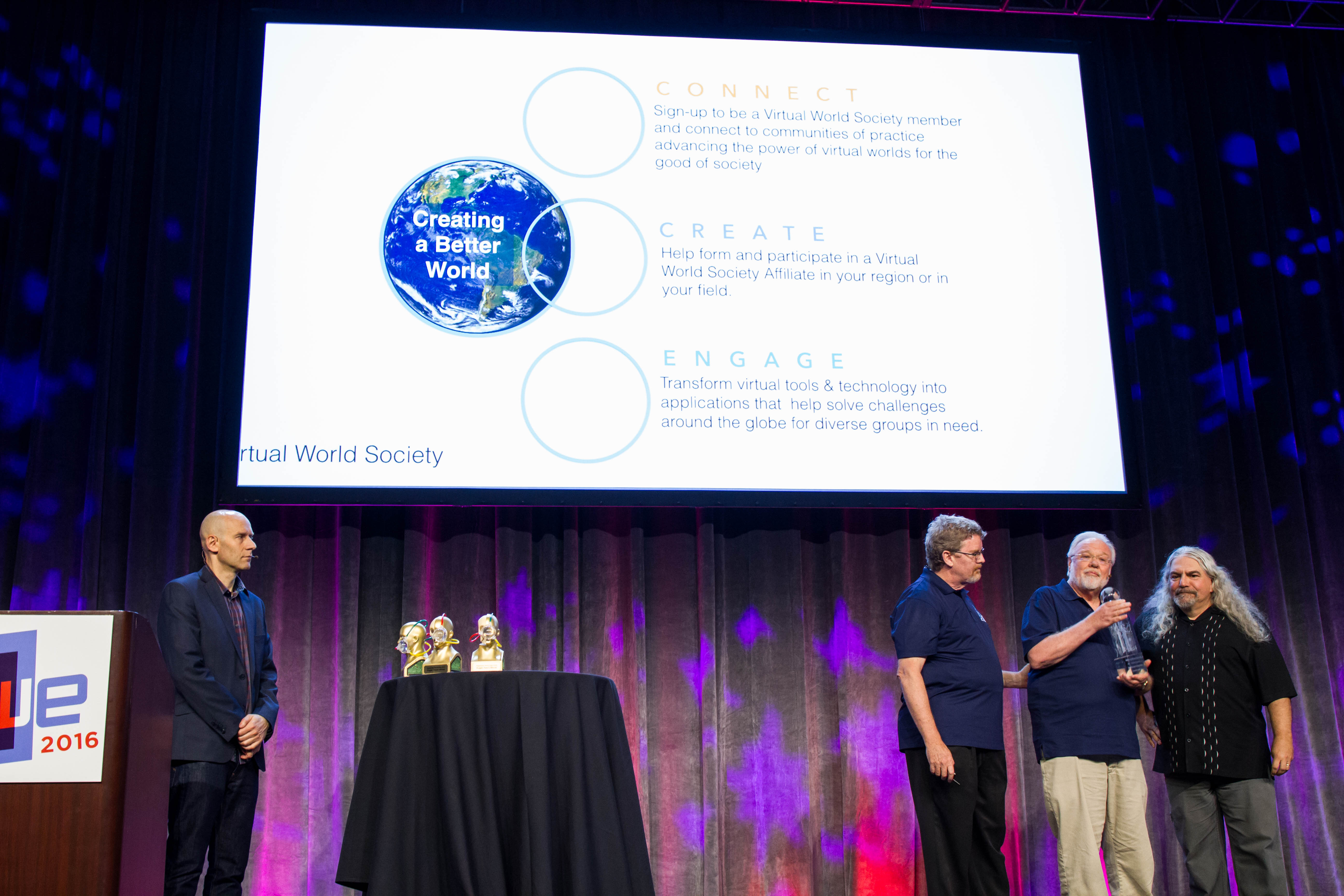 Tom Emrich (Founder, We Are Wearables)